Eight more personnel of the Riverside Medical Center Inc. in Bacolod City have tested positive for COVID-19, bringing the total number of its employees hit by the virus to 15, its medical director, Dr. Ma. Antonia Gensoli, confirmed yesterday.

The hospital’s operating room and emergency room have been closed for disinfection, Gensoli said.

The eight who tested positive are all employees at the RMCI operating room unit, she said.

She said a housekeeping employee who works at the operating room of the hospital tested positive for COVID-19 and contaminated several nurses, a clerk and a manager.

There have not been any surgeries conducted at the hospital since the housekeeping employee tested positive, Gensoli said.

She said they immediately conducted contact tracing and the eight identified close contacts of the housekeeping worker were then swabbed for COVID-19 tests, and were quarantined at the hospital and at the Riverside school.

She said they are also awaiting the test results of 64 others, whose swab specimens were sent to the QualiMed Hospital laboratory in Iloilo.

RMCI sent the 64 specimens to QualiMed because they were taken from health care workers who are not symptomatic and don not qualify for the government’s free testing, Gensoli said.

RMCI will pay for the QualiMed tests of the 64 who have also been quarantined, she said.

She said the RMCI emergency room has also been closed for cleaning and repair to enhance safety.

Gensoli assured that regular cleaning of the entire hospital for the safety of all is being conducted, and that RMCI takes care of its health care workers.

“We are on top of things,” and taking all the necessary precautions, she said.

The DOH made recommendations on the measures that RMCI needs to adopt, City Administrator Em Ang, who joined the meeting, said.* 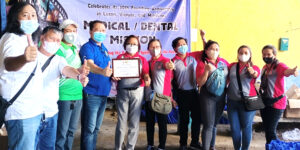 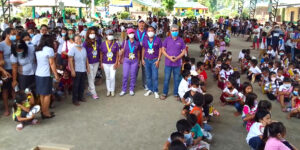