Mayor Evelio Leonardia said, “We give all the benefits to employees based on two conditions – if there is legal basis, and if there is availability of funds – following the guidelines set by Malacañang and the Department of Budget and Management.”

Under the budget circular of the DBM, both incentives shall be released not earlier than Dec. 15, a press release from the city said.

“This means that Bacolod City has given all allowable bonuses and incentives, topped by the Performance-Based Bonus given only by selected LGUs,” Leonardia added.

Based on the request of Leonardia, the Sangguniang Panlungsod, headed by Vice Mayor El Cid Familiaran, passed during their regular session on Dec. 9 Appropriation Ordinance No. 14, series of 2020, that allotted P33 million for the grant of CNAI.

Leonardia has issued Memorandum Order No. 120, directing all City Hall department and office heads to process the PEI of all their qualified employees. The grant of PEI has already been institutionalized based on DBM budget circular.

Under DBM Budget Circular No. 2017-4, dated Dec. 4, 2017, employees who have rendered at least a total or aggregate of four months as of Nov. 30, 2020 shall be entitled to a PEI of P5,000. Those who have rendered less than four months shall be entitled to a “pro-rated” PEI. The CNAI and the PEI are on top of the 14th month bonus and P5,000 cash gift that qualified City Hall employees had received in November.* 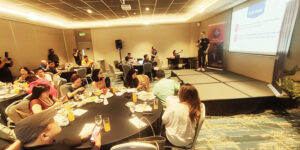 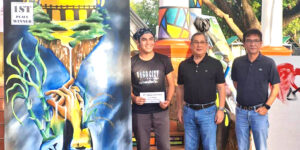