Just look at the bright side

Women of the Philippines! Aren’t you glad you are living in this country and not in Saudi Arabia? Just as I was writing this, news came out of TV that a women’s rights  defender had been sent to what they call the “Terror Court”. So it is terrorism to defend your rights out there? Now they must envy Filipino women! Just between us girls, don’t you even feel that women of the Philippines enjoy more unwritten and unspoken rights? Enjoy the privilege, girls. But make sure the men don’t realize it.

Does this mean war? If it does, let us pray that it does not develop into world war proportions. I was referring to the report that the top nuclear scientist of Iran was killed by an Israeli. That was horrible, but maybe the Israelis wanted to preempt an attack by the Iranians. Maybe they do not have sufficient nuclear power to fight back? Even if those two countries are too far away from ours, and I don’t know if we have diplomatic relations with both, any way could escalate into a world war. Remember the second World War?

I know the present generation does not know much about it and, for that matter, I only knew the details from my history classes. But it lasted for about three years,  disrupting lives, and the economy, and even the education of children. But war is the last thing we should contemplate. With the weaponry developed since the last one, another one in this generation could annihilate countries and entire population.

It’s exactly 24 more days to Christmas, and not even the continuing threat of  the COVID pandemic can stop people from going out of their homes to do their Christmas shopping. One wonders why they risk the still existing threat of the coronavirus, but the Christmas spirit is too strong to ignore. In fact, even  churches have been given a release from ongoing restrictions and curfews so people can attend the Misas de Gallo and the Christmas Midnight mass.

I hope, though, that the rule of physical distancing will be strictly enforced. I saw a scene in a church where the people inside were observing the proper distancing, but those not allowed in were standing close to each other in order to get a view of the altar where the officiating priest was. But I haven’t heard of any of those churchgoers getting sick, so the Good Lord must have given them special protection.

This is good news if it continues even after the COVID scourge is gone. The latest findings of officials involved in drug control say that the number of drug victims in the country has been reduced from four million to about one million lately. Could it be fear of the COVID, or fear of apprehension or lack of supply, or all of these? Anyway, let us encourage the authorities in charge to be extra vigilant nowadays, when we also have a pandemic to deal with.

Seems U.S. President-elect Joe Biden is off to a good start. He has appointed several women to his cabinet. One of them, Janet Yellen is now secretary of the Treasury and who can better watch the country’s funds than a housewife? The outgoing president, Donald Trump, must never have thought of that. By the way, has he conceded already? But does it matter whether he does or not? Anyway, he had his chance to do his thing, but apparently he did not do enough to regain voters’ trust this time.

*** What about those vaccines that President Duterte was reported to be purchasing? It will consist of only two million doses, I hear. Have they already picked those two millions to be the guinea pigs? I am only kidding, of course, those vaccines must have proven their efficiency, but maybe we can  only afford to buy that much. At least it could reduce the number of victims and potential transmitters. Let’s look at the brighter side, to keep our wits and our health.* 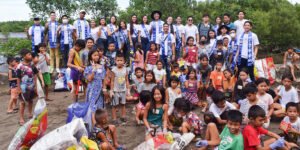 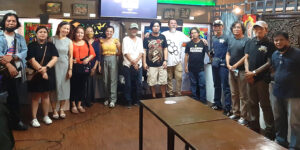