The leadership squabble at the Sugar Regulatory Administration continues, with some of its ranking officials still backing Atty. Ignacio Santillana as SRA officer-in-charge despite intervention from the Department of Agriculture.

In a counter manifestation on the status quo on SRA leadership, which was signed by Santillana, SRA deputy administrators, Atty. Guillermo Tejida III, Atty. Ronald Rimando, Atty. Brando Noroña, and Marco Soriano, who represents SRA employees, said they only acknowledge “One Leadership” at the SRA, in the person of Santillana.

Agriculture Undersecretary for Operations and Chief of Staff, Leocadio Sebastian, earlier issued a memorandum, dated July 19, advising “status quo” on the leadership in the SRA, stressing that Hermenegildo Serafica shall continue to hold office until his respective successor is appointed.

The SRA deputy administrators said that Santillana, based on the strength of Joint Memorandum dated July 4, which they jointly issued, in compliance with the directive from the Office of the President, under the Memorandum Circular Number 1, is now the OIC-Administrator.

The MC 1 aims to ensure the smooth transition of the previous administration to the newly installed government, they stressed, adding that MC deemed certain officials separated from service, and the positions held by them deemed vacant, as can be clearly gleaned from the subject circular.

Former Administrator Serafica is no exception, they further said, pointing out that the MC provides that all presidential appointees, whose appointment are classified as “co-terminus.” Certainly, this applies to him, the SRA deputy administrators said.

The leadership squabble at SRA comes at a time when the Philippines is grappling with a looming food crisis, particularly high prices of sugar and other food items. The United Sugar Producers Federation and Luzon Fed called on Serafica to step down as SRA administrator. He was criticized for pushing the importation of sugar at the height of the milling season.* 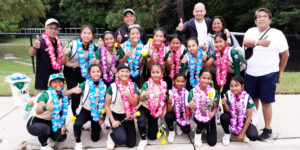