The Department of Energy warned that the country’s electricity supply may be stable for now, but electricity end-users, particularly in Luzon, may encounter supply woes throughout the year, especially during the summer months, due to thin power reserves.

Energy Undersecretary Rowena Cristina Guevara said that yellow alerts are expected to be raised in Luzon 12 times, starting as early as March to as late as November this year. The yellow alerts are projected to be issued once in March, twice in April, the entire month of May, twice in June, and one each for the months of October to November.

The DOE estimates factored in the scheduled outage of power plants with a combined capacity of 500 to 600 megawatts. However, if at least one power plant suddenly goes offline, a red alert might be declared in the Luzon grid.

A red alert means a supply deficiency exists, which can result in power interruptions, while a yellow alert means insufficient power reserves or ancillary services.

This power supply problem has been a problem for many years now, and despite the pronouncements that government is on it, the gloomy projections for the country’s biggest island remains. The DOE says the scenario could have been avoided if power projects in the pipeline are already operating in full swing, but the convenient excuse of the pandemic is being used to explain delays in completion. The easier explanation would be the lack of urgency in the country’s power sector.

Guevara estimates that it will take another two years for them to catch up on the delayed construction of renewable energy power plants that could’ve picked up the slack.

While the DOE waits for the power situation to stabilize, it will be up to Filipino electricity consumers to find ways to carry on and help our beleaguered government and fragile power grid, by either reducing consumption, or powering on generator units when needed to prevent the grid from failing catastrophically and affecting even more users.

Perhaps, after a couple of years, when the delayed power projects finally come online, the DOE and the power sector will have prepared additional plans and strategies to ensure this constant state of worry a basic utility is no longer a perennial Filipino concern.* 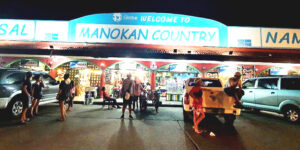 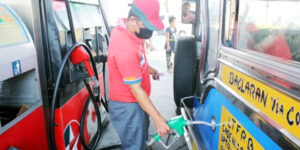