We now have over 200 COVID-19 positives in the province, including Bacolod, and it is inevitable that figures will continue to rise in the coming days from test backlogs and the resumption of travel for LSIs starting today. As announced, there will be one flight a day and a boatload come Wednesday.

It is a welcome note that finally the CLMMRH bio-molecular laboratory is now open to assist the Silay provincial hospital lab to fast-track testing as complaints abound on continued delay of results. There are two more labs in town – the Lady of Mercy Hospital and the Doctor’s Hospital so I hope from hereon we will not get backlogs excuses.

Fortunately for the provincial government also that their supplies arrived, thus their backlogs can now be addressed. But this also highlighted the claims of one official who said earlier that contrary to systems problems, the backlogs were allegedly caused by lack of supply.

An LSI friend arrived July 2 and opted to go on quarantine at one of the hotels here that charges P1,900 per day. The cost of being stranded elsewhere for months, shelling out a considerable sum for airfare, and the additional costs of quarantine has brought her to tears after 10 days and still no test results forthcoming.

Our officials must be more transparent about the problems they encounter to allay confusion of repatriates as they’ve been given the run-around that delays are allegedly caused too by the difficulty in getting signatories to release results.

On the issue of transparency too, while LGUs have been given the leeway to do emergency purchase in this time of pandemic, they must be judicious in their spending as they have a moral obligation to explain to the people how taxpayers’ money were utilized.

At the onset of this pandemic, people crazily bought stuff like masks, alcohols, disinfecting liquids and PPEs at exorbitant prices. Now that governments worldwide have prioritized these needs, the prices have dropped and it will be interesting to look at the spending pattern of our LGUs.

Why? Because someone said that RT-PCR test kits purchased by LGUs here amounts to thousands which is surprising because the cost of donated RT-PCR kits by the private sector only cost P900 plus. This pandemic is not going anywhere for some time and if LGUs are spending over a thousand for each, then someone may be profiting.

Still on transparency, I was bothered by the news of the COVID-19 positive nurse who treated an LSI for dialysis, who turned out to be positive. The nurse unfortunately infected his doctor wife who is pregnant and both are admitted in a hospital along with their child. Another doctor who lives with them had himself admitted while awaiting his results as well.

Contact tracing is ongoing and 16 biking colleagues of the nurse have been ordered quarantined while his hospital colleagues will also be tested. It is more arduous to track those who came in contact with the doctor wife as she is an active practitioner in several Kabankalan hospitals before her confinement. This figure could run to hundreds assuming it includes patients, colleagues and their households.

It is really worrisome if health workers get infected now, because unlike the LSIs and OFWs who may have contracted it unknowingly while on voyage or stranded elsewhere, those in the medical field are supposed to be well-informed by now of health protocols.

Given that the nurse assisted in the dialysis treatment of a COVID-19 positive LSI, how could there be an infection (unless by fluke) if the nurse was covered in PPE as part of protocol?

Hospital staff are supposed to take all information about the patient and if that turns out to be an LSI, considering the increase of cases we have coming from this sector, utmost protection should have been used. Unless of course if the LSI failed to be truthful about his/her situation.

I am quite surprised at the statement issued by a private hospital here that has been tagged on social media following the said report where they stressed that it is their “policy to treat all patients and not to discriminate.”

I don’t think it is an issue of discrimination but rather of safety, not just for the other patients but for the health workers as well. Those undergoing dialysis have been identified as more susceptible than others because of their comorbidities.

If indeed truthful information from the LSI was culled prior to treatment, there is no reason for those administering dialysis to get infected if they were well protected. Even if the LSI has completed the mandatory 14-day quarantine, until results are out, prudence should have been observed since we know how delayed those results are coming back.Now, let’s just hope and pray that these health workers, because of their nature of work, did not infect more people. I don’t think it is discrimination. But considering that we are in a health crisis, a call for transparency is much needed so the public may know.* 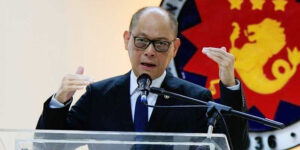