“Acting on more than eight petitions for (a) wage increase and after proper study with positions filed by representatives coming from the employers, yesterday the board came into a decision to issue wage orders,” labor department regional director and RTWPB Region 6 chair, Atty. Sixto Rodriguez Jr. said a press conference yesterday.

For non-agricultural/ industrial/commercial employing more than 10 workers, the minimum rate is P450 from P395, and P420 from the present P310 for those employing 10 workers or less.

The minimum wage rate for those in the agricultural sector will be P410 from the current P315.

Rodriguez said the “original demand” was P750 but during consultations, the highest proposal was P400 to P550.

He added that at first glance the increase could be high; however, the region has not issued an increase for the past two to three years.

“We issue another wage order involving ‘kasambahay’ and the increase for ‘kasambahay’ is from P4,000 to P4,500. So, there is now a P500 increase sa lahat ng kasambahay (to all domestic help),” he added.

The signed wage orders will be reviewed by the NWPC to determine whether or not the RTWPB has complied with the requirements for the issuance of the order or if the amount is “reasonable and fair”.

He said he was informed on May 12 that the NWPC will start deliberating on the order next week and most probably the release of the decision will be on or before June 12.

Upon approval by the NWPC, the orders will be published in local papers and will become effective 15 days thereafter.

“I’m glad to inform that this is the first region to issue an order,” he added.

The wage board conducted three public hearings for the wage adjustment of workers and one for “kasambahay” last April following a petition for wage adjustment filed by an employees union on March 14, 2022.*PNA

‘Show Me Negros’ – an all-female exhibit 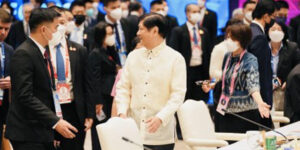 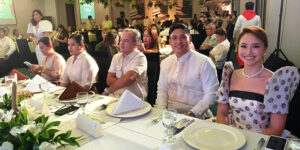 Of books and reading