At least the Americans have something to distract them from the coronavirus attack that has afflicted thousands of their people and has not yet been controlled until now, anywhere in the world. And that is their coming election that will take place in less than three months, where the incumbent is poised to run again to continue his administration that has disappointed many. From what we hear or see on TV about the election climate there, it looks as if Donald Trump has no chance of getting chosen again, but one cannot dismiss him, being the incumbent.

But something happened the other day that may change the minds of those who used to be Trump’s followers. It was the impassioned speech of former President Barack Obama, who, in no uncertain terms, bared all his misgivings about Trump’s capacity to govern. And, yes, even his wife, Michelle, also had her say on the matter a few days ago, and her words were just as convincing as those of her husband. Meanwhile, what about the first lady of Trump the beautiful Melania? Why hasn’t she said anything, or even showed herself in public rooting for her husband? Maybe she is complace and believes that reelection is a shoo-in for him?

Of course their election is no business of ours but the one chosen as President will always have a big say as far as our relationship with that country is concerned. We have thousands, millions even, of our people who are now living there, both as citizens and just workers who have also helped the country with their skills and work attitude. Our ancestors have always looked upon America as a Big Brother. Also, Filipinos are not known to be discriminated against in that country and many of them are even occupying managerial or top positions in some companies.

Now, I’m as nationalistic as any activist who may have taken up arms against our own government, and never in my life have I ever thought or wished to move there and reject my citizenship, and I think this is still a result of my having been born already when World War ll broke out and I learned from my aunts and uncles songs like “Heaven watch the Philippines. . .” which ends with “Friendly with America. Let her always be, Heaven watch the Philippines, And keep her forever free!”

I bet no students, elementary or high school, know, or have even heard of that song, but my generation loved to sing it. That was probably because during World War ll, when the Japanese occupied our country and were cruel to our people, everybody we knew was praying and hoping that the Americans would come and rescue us! And they did! Well, I have nephews and nieces and cousins who are now citizens there, but none of them could ever convince men to move there. My reply would always be the daily pledge we made in school flag ceremonies that starts with “ I love the Philippines/ It is the land of my birth/ It is the home of my people. . .”

I bet a lot of students or former ones can still recite that, but whether they mean it or not, we do not know. Anyway. I hope schools will always focus on building, not only character and education in their students, but patriotism most of all. I am sure my kin will tease me about this sudden burst of patriotism and for “lecturing” through my column, but I do mean that with all my heart. That is why I feel disgusted when some people have nothing good to say about our country and always finding fault with the way things are. They forget that it is where God placed them, the way he placed Adam and Eve in Paradise. And like them we may lose it if we prove we do not deserve it.

Sorry for the Catechism lectures, somehow, those thoughts came to me, probably because my blood pressure shot up suddenly last night, which my kin blamed for my constant worrying about things I can no longer control. And naturally, that includes this newspaper that we have nutured for 38 years and has become also a victim of this unrelenting and mysterious virus that not even the wisest and brightest of the world’s medical and scientific minds have managed to understand or find a means to control.

Meanwhile, a most welcome news is the suspension of several officials of PhilHealth against whom charges of corruption are now poised with discovery of a lot of shenanigans in that agency. I am also glad that a hold-order has been inssued to prevent any of them from leaving the country to avoid prosecution. How could they be so inhuman to take advantage of this pandemic – and, perhaps, long before it – to do as they wished with the money the government intended for the health and well-being of all Filipinos? Why suspension only? Shouldn’t they be charged with unbailable crimes and sent to jail where they cannot enjoy the fruits of their thievery?* 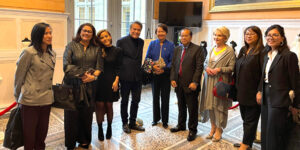 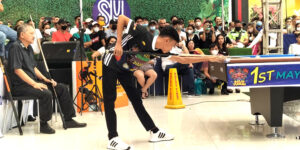 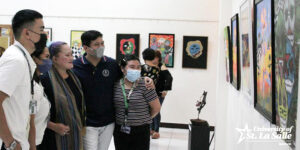